Working together with pregnant, birthing and breastfeeding families since 1982.

For families with a twin pregnancy, for families choosing a VBAC and for some families with reasons unique to them, birth in the hospital setting may be your choice. In this case, I offer education and support for your personal birthing goals. My experience and dedication have proven time and again to increase the likelihood of a successful vaginal birth after a cesarean section, natural vaginal delivery of twins, and to reach those goals unique to you and your family. 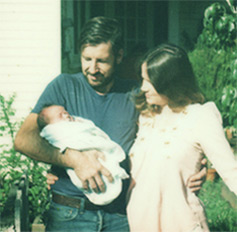 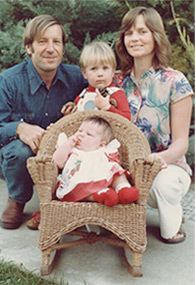 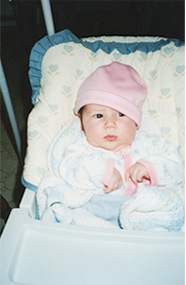 After giving birth to her first two children in the safety and comfort of her own home, Rebecca Hughes (RN, LM, CPM) was left with a sense of awe at how beautifully a woman and her body are created and how harmoniously a woman and her baby are designed for birth. With this sense of awe, Rebecca began her journey toward supporting other pregnant women and their families.

In 1982, Rebecca became certified as a Childbirth Educator and Monitrice.  A Monitrice is similar to a Doula, but trained in more advanced skills such as dilation checks, fetal heart tones, and monitoring a mother’s vitals.  Rebecca also began teaching weekly childbirth classes and working as an assistant to Christian midwife, Veronica Wagner, in her busy homebirth practice. If Rebecca arrived to a birthing family’s home before the lead midwife and the baby was coming quickly, Rebecca was blessed to receive the baby into her hands. 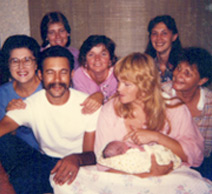 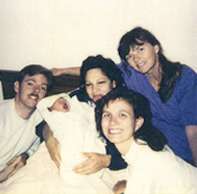 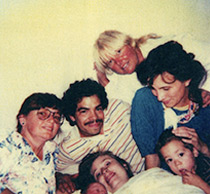 In the early 80’s Rebecca was on the founding board of the Crisis Pregnancy Center of Santa Cruz where she designed and taught the center’s childbirth classes for almost a decade. 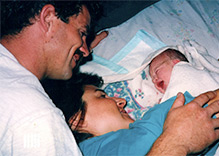 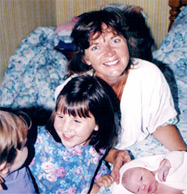 In the 90’s Rebecca made the decision to offer her care as a lay-midwife.  It was a joyous time filled with amazing and faithful families, hard work and tremendous reward. 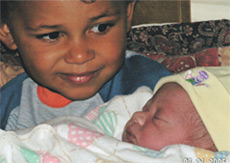 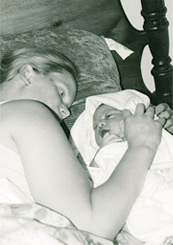 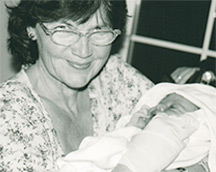 In 1997, after nearly 700 births, primarily at home and natural, Rebecca went to nursing school, focusing on Labor and Delivery in the hospital setting.  She graduated with high honors, took her state boards and was licensed as a Register Nurse in 1999. 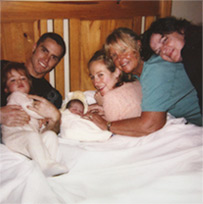 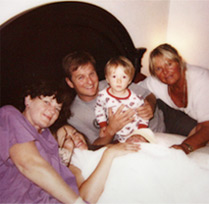 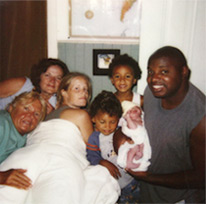 Throughout the next ten years, Rebecca continued her education toward her ultimate goal of becoming a Certified and Licensed Midwife.

In the early 2000’s Rebecca apprenticed with a busy homebirth midwife where she did prenatal and postpartum care and caught babies that arrived quickly or under the direct supervision of a “senior midwife.” During this time she also began her studies at The National Midwifery Institute and continued to support birthing families as a Monitrice (Doula), Childbirth Educator and Breastfeeding Counselor. She also returned to volunteer at the Pregnancy Resource Center as a Registered Nurse. 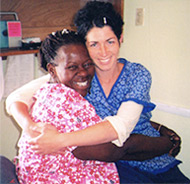 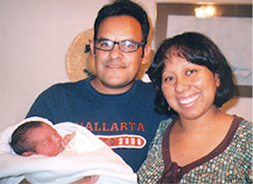 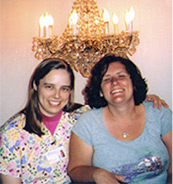 In 2009, Rebecca spent a total of 9 weeks at a Freestanding Birthing Clinic in Texas learning more about the fast-paced and high volume clinic setting. Serving families prenatally, throughout their birth and postpartum brought Rebecca’s experience to over 1000 births.  Later that year, Rebecca gratefully graduated from The National Midwifery Institute. 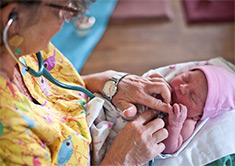 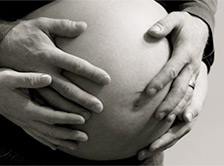 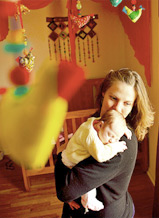 In 2010, after completing the North American Registry of Midwives exam she was recognized as a Certified Professional Midwife and received her license to practice midwifery in the state of California. After a quarter of a century’s journey, Rebecca Hughes, joyfully announced the completion of her midwifery licensure and the opening of her homebirth practice!

For the Lord your God will bless you … in all the work
 of your hands, and your joy will be complete.